Observe, modify, build, and fight within a self developing environment.


This is a meadow simulator with slightly different flowers. Either just watch the flowers grow. Or defend yourself against strange aliens. Actively intervene in the development of the meadow. Play with your friends, either as a team or against each other. 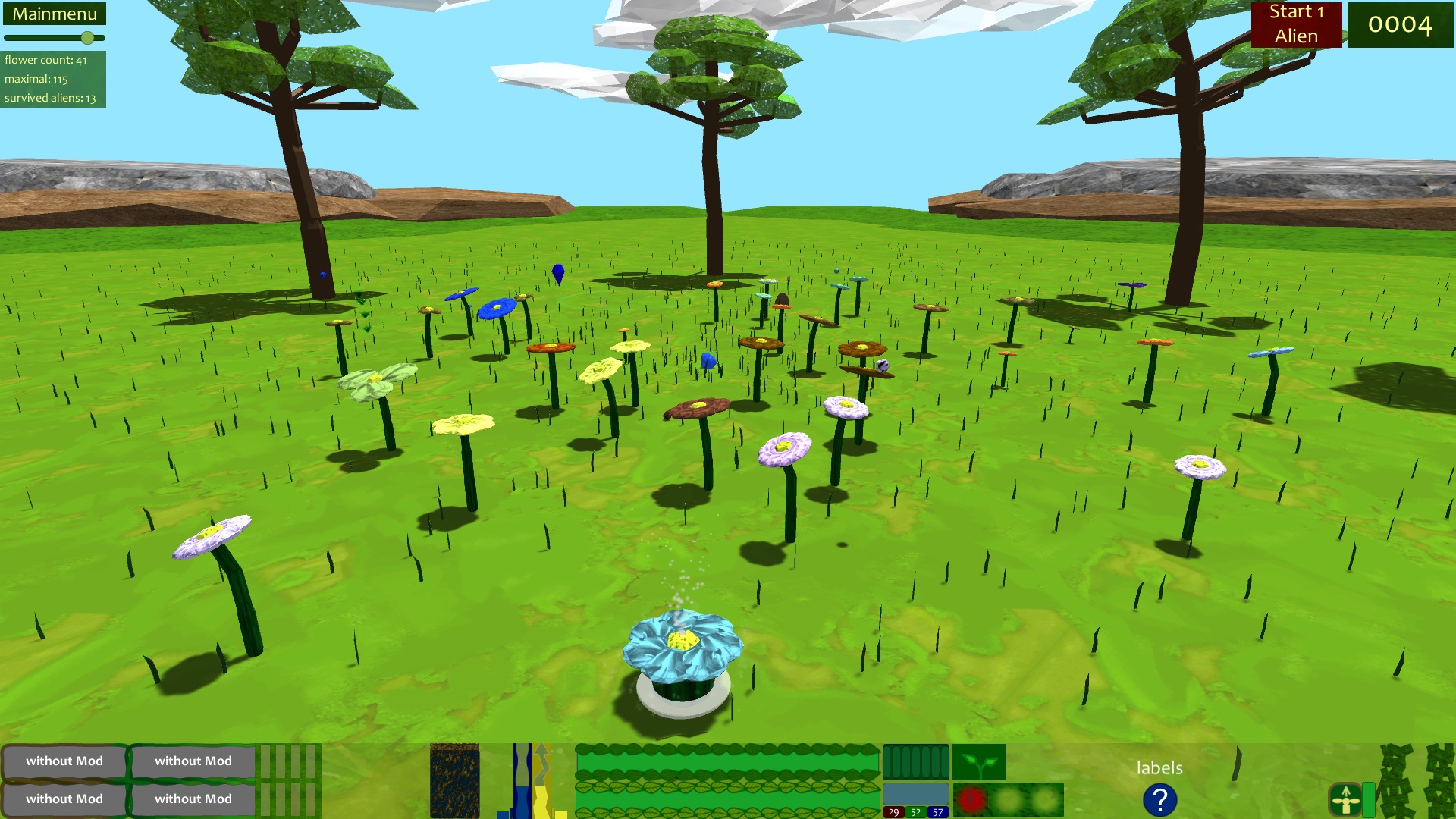 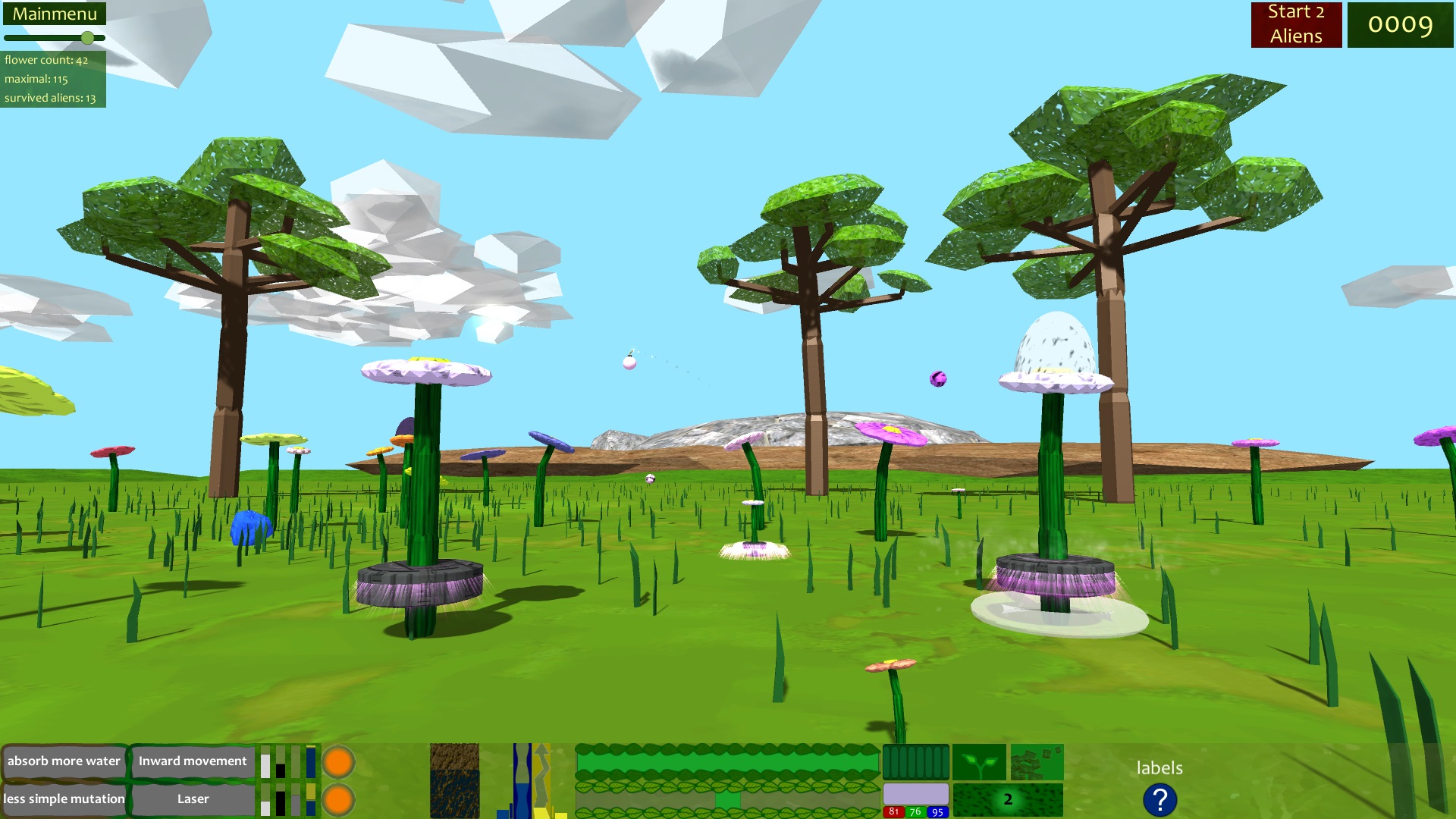 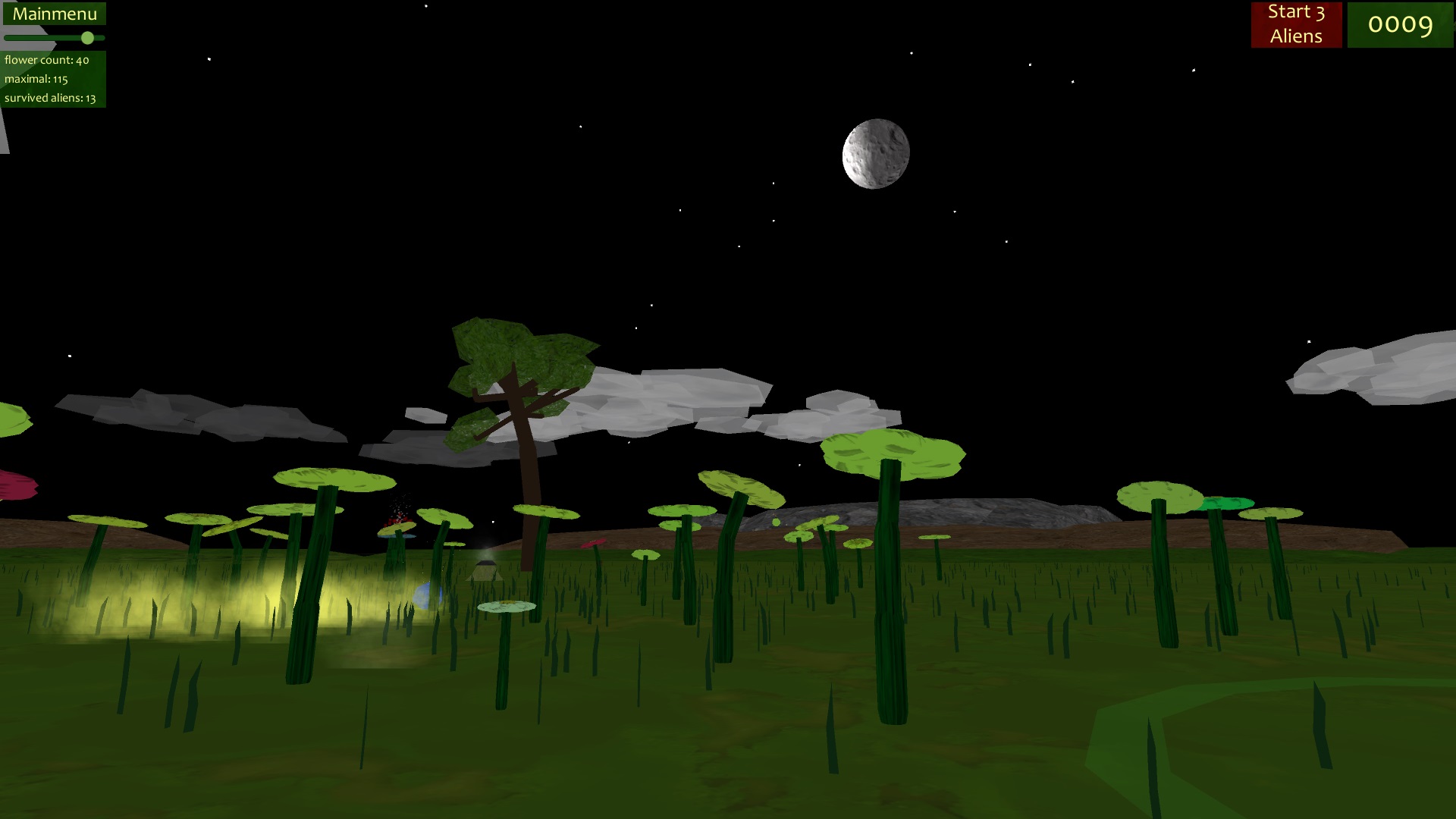 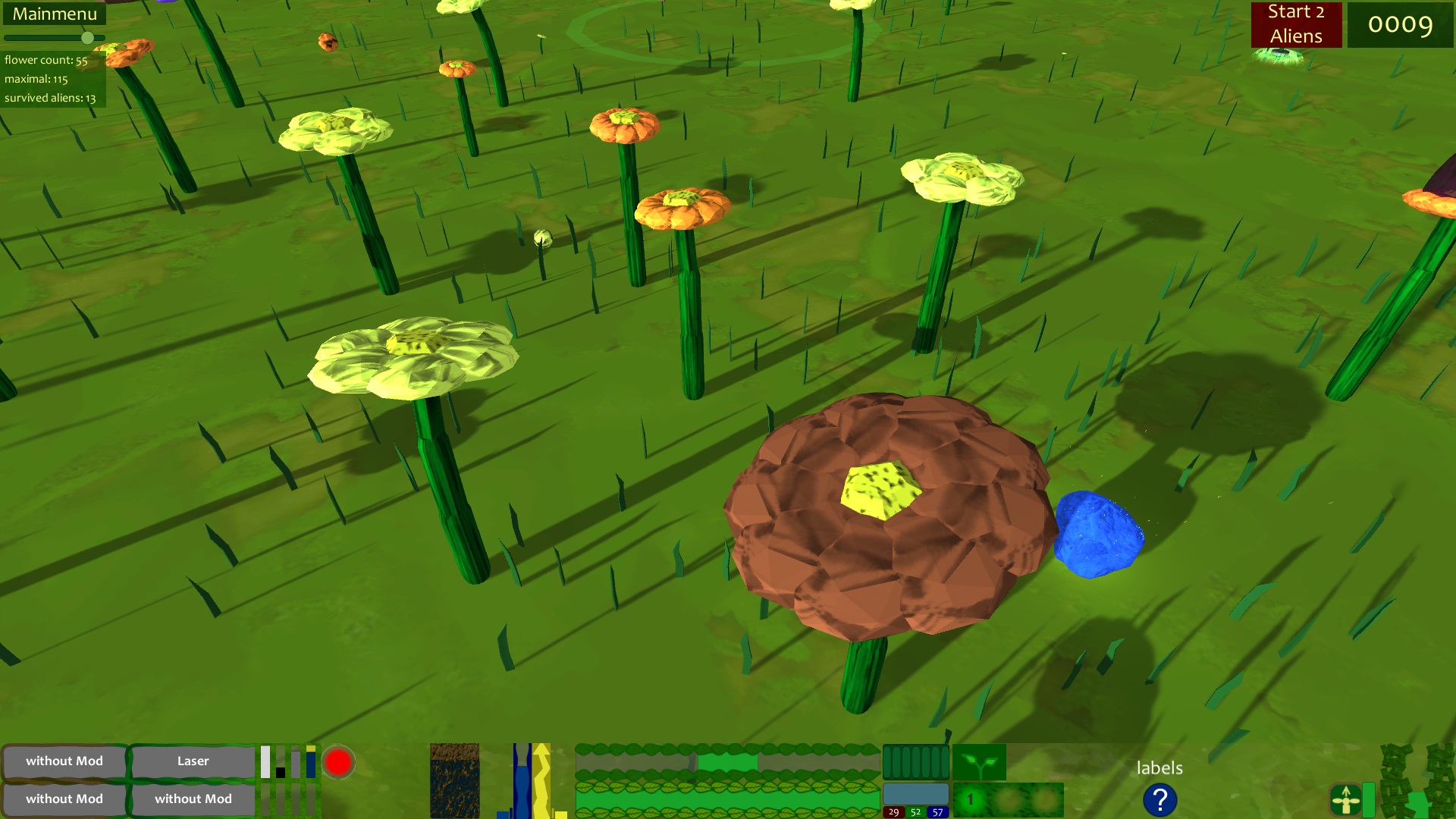 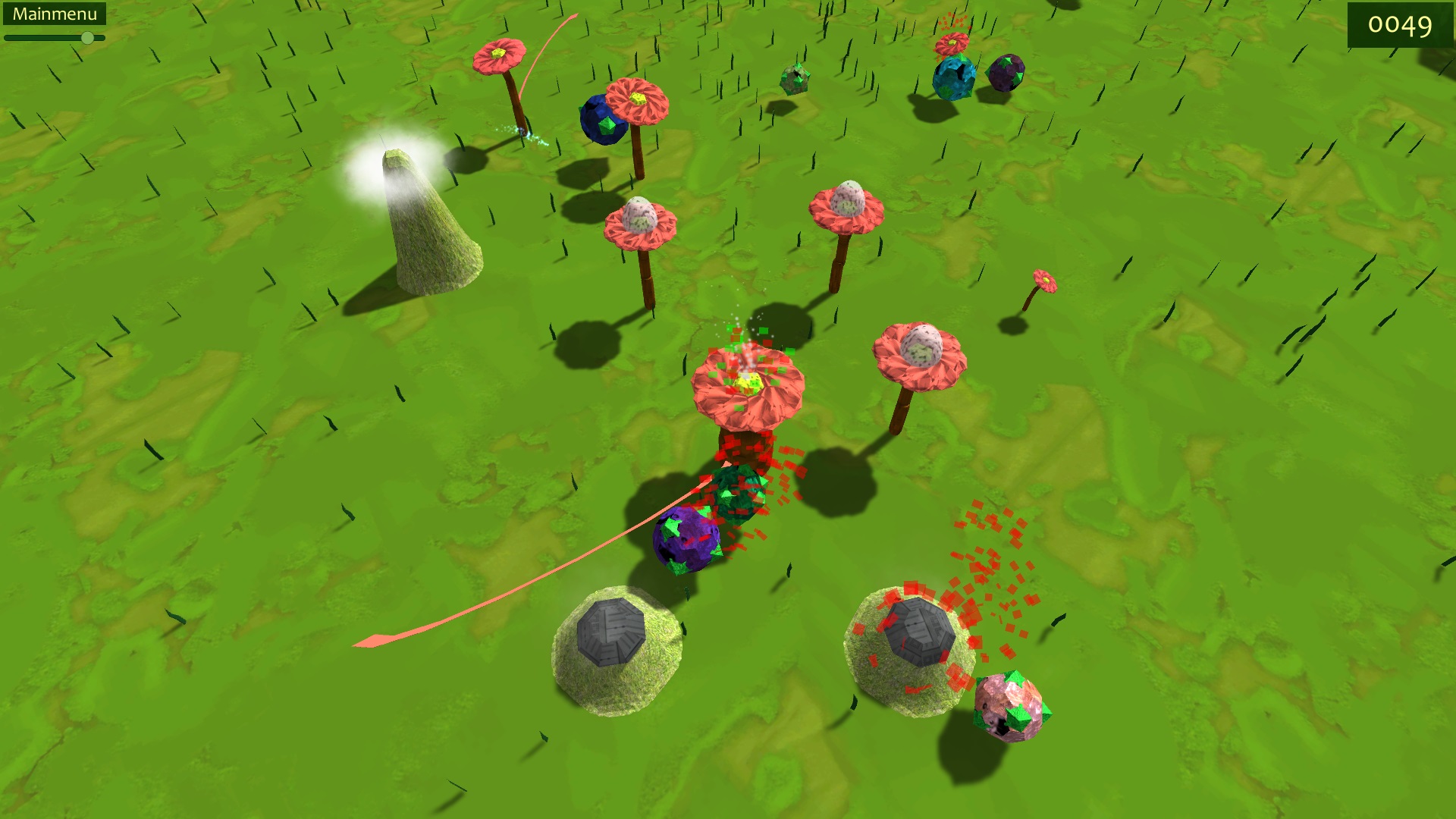 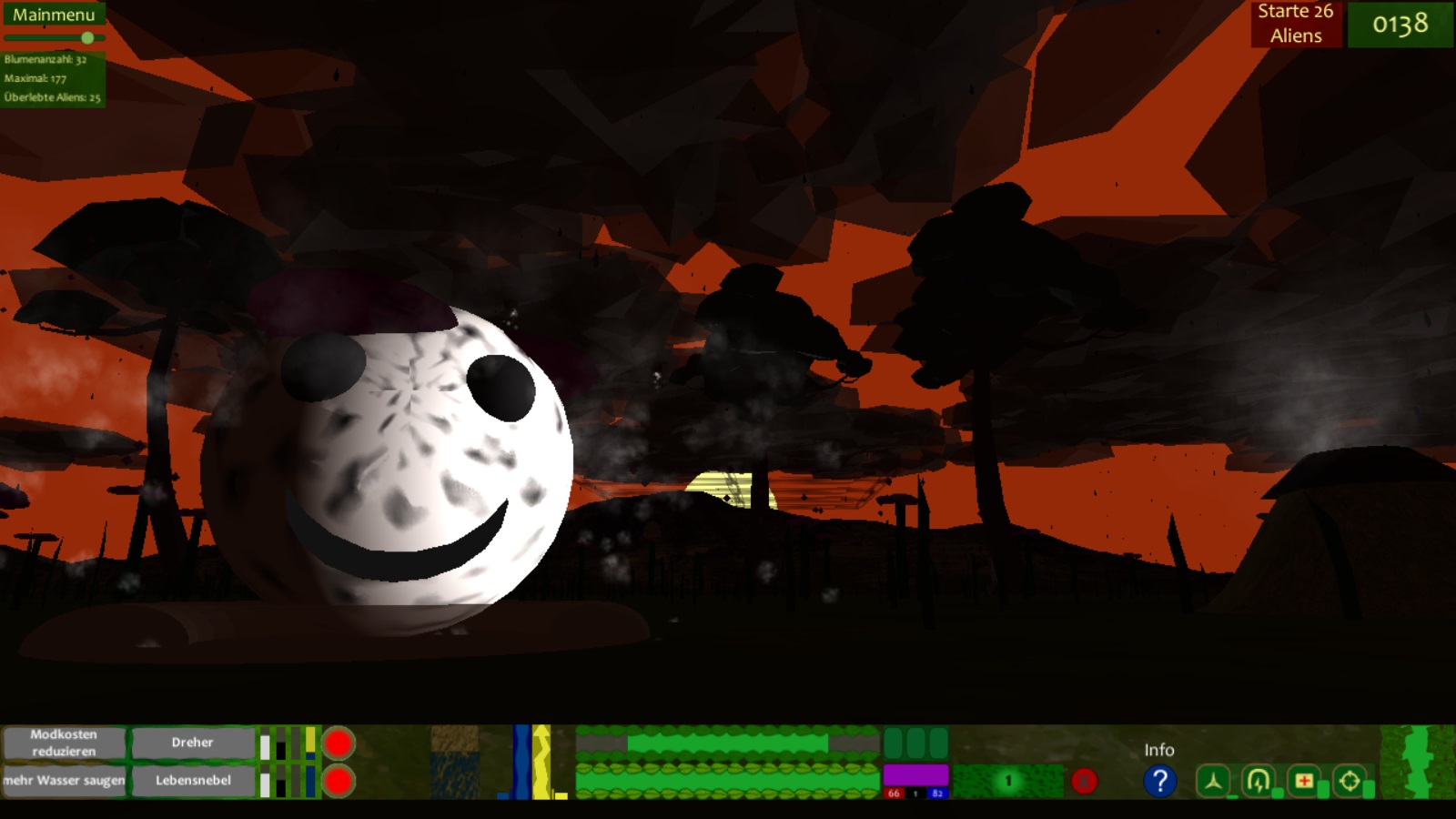 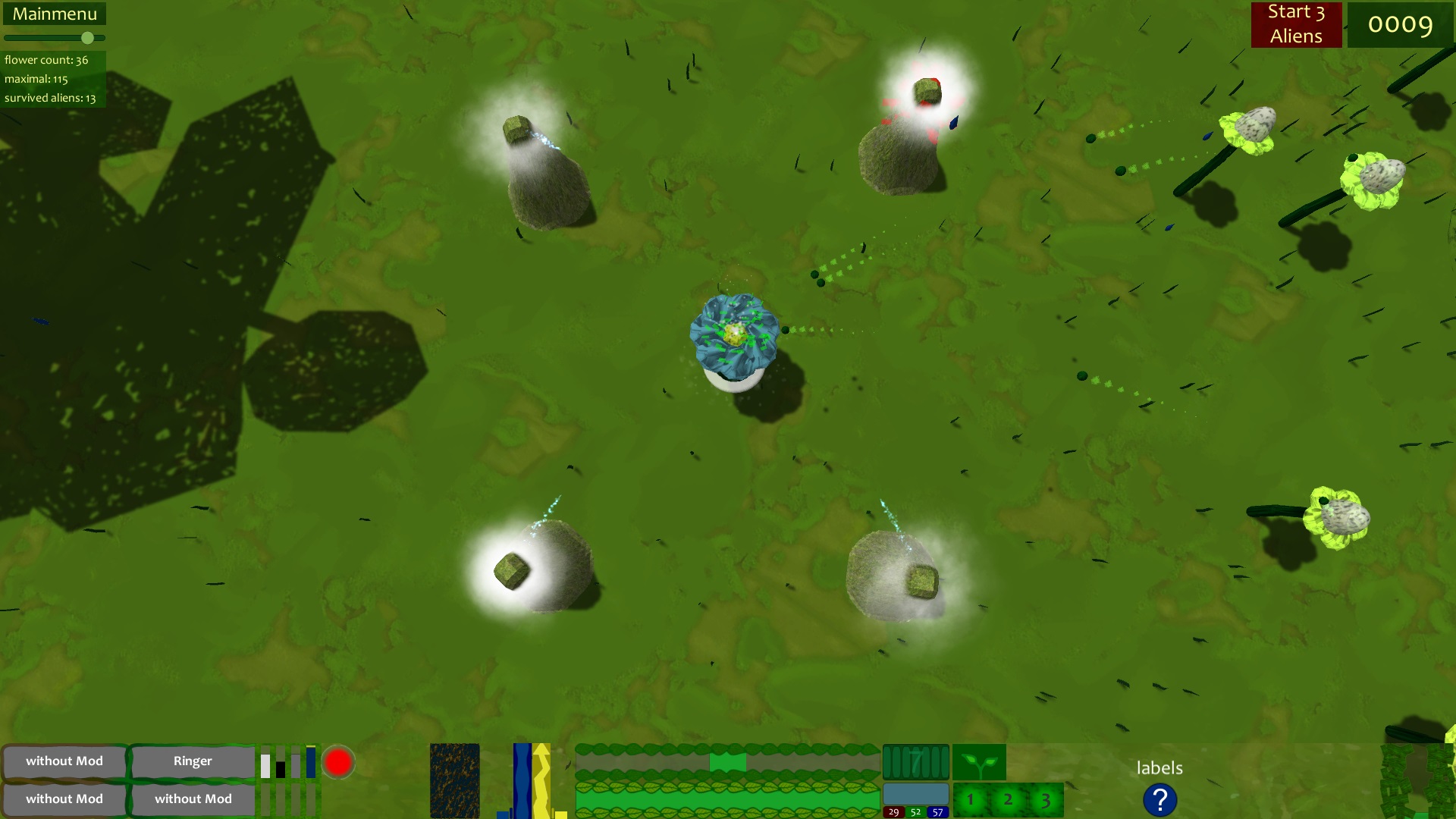 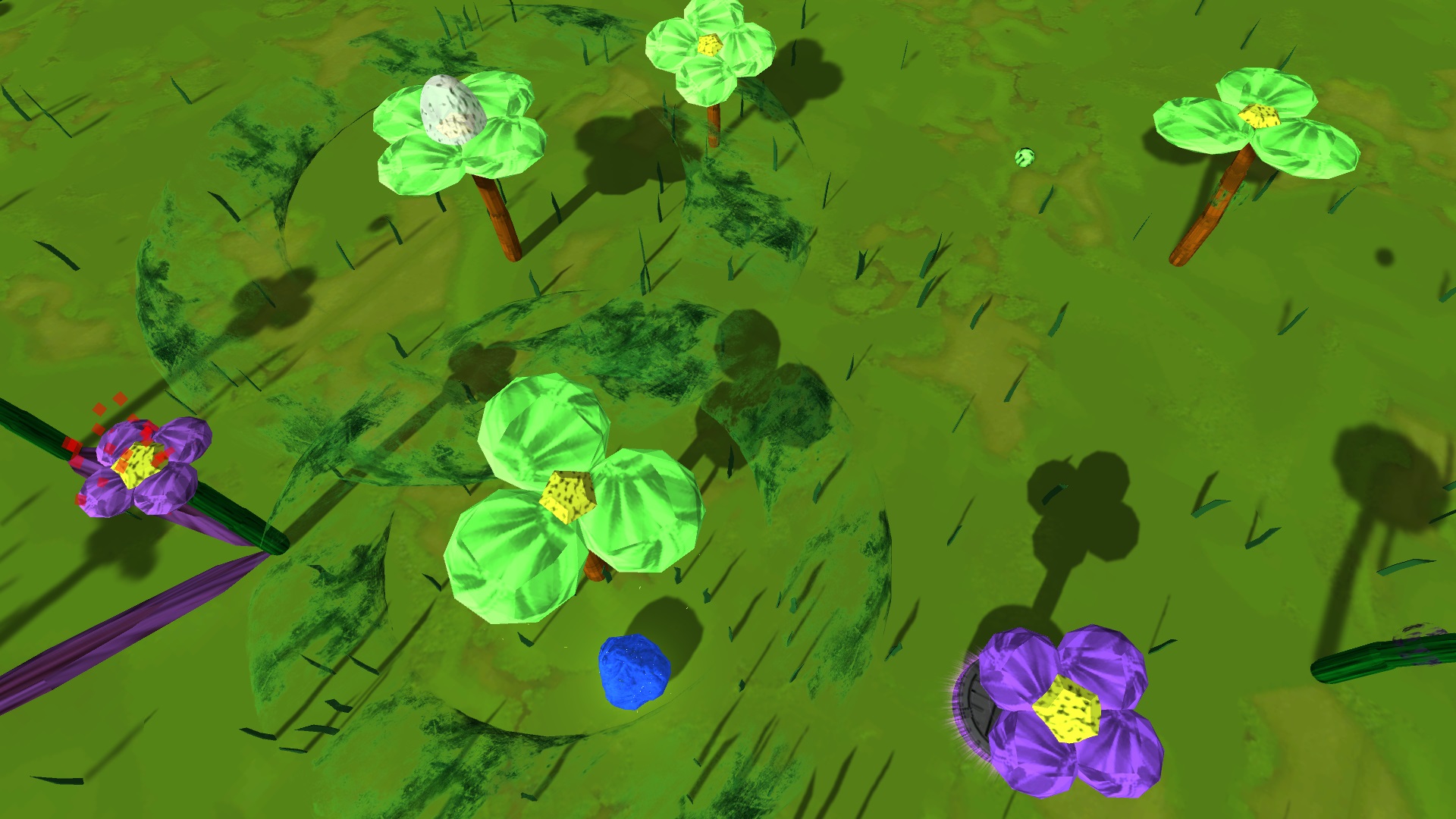 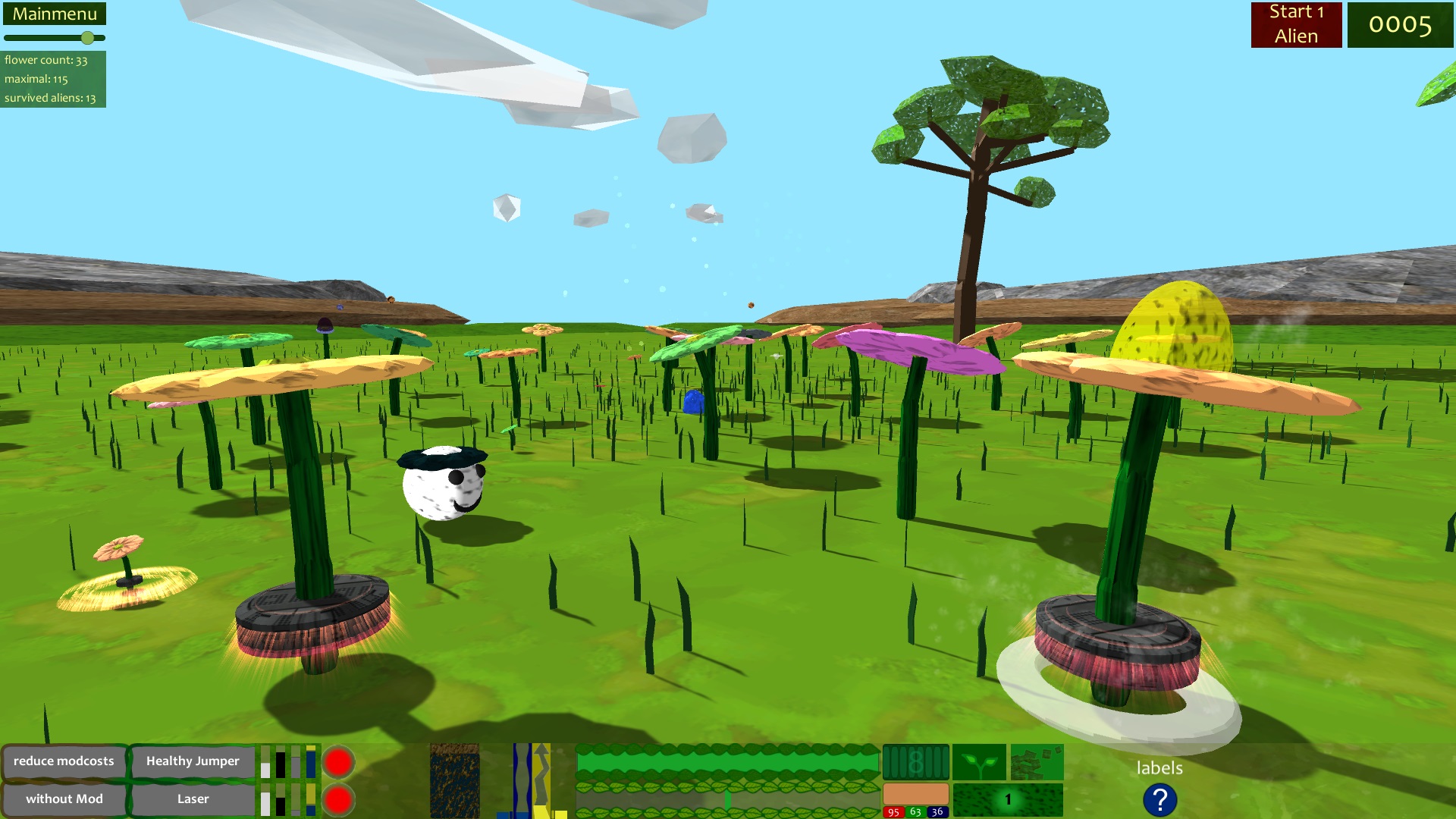 The flowers that grow on this meadow simulation continue to evolve. This means they pass on their characteristics to their offspring and accidental mutations can occur. You can, of course, actively control the development of your meadow by removing specific modifications from certain flowers and using them for other flowers. Simple modifications support the flowers in many ways. Complex modifications either positively or negatively interact with the flowers around them. There are 27 simple and 27 complex modifications; you can incorporate two of each of type of modification into a flower. This is equivalent to more than 120,000 possible combinations per flower!

You can either simply observe the meadow or actively intervene. Each time, different flowers will dominate the meadow. If, during the course of the game, flowers appear that are better adapted to their environment, different flowers might start to dominate. This means that each meadow evolves in a different way. To find out if flowers are successful, you can call on enemy aliens and use them to test your meadow’s viability.

The simulation game can be played with up to four players at a time. Players can either evolve the meadow together or defend the meadow against strange aliens. You can also fight each other directly. When you play together, resources will soon become scarce. You can only use modifications that have evolved on the meadow.